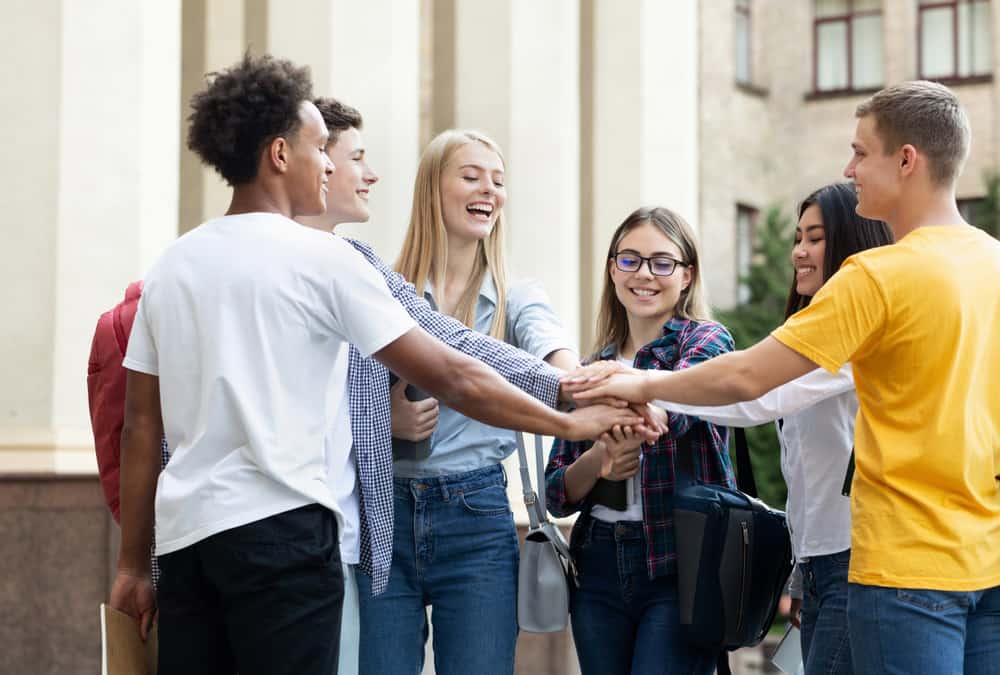 If you are considering film school, before you think of moving to the big city, there are top film schools outside Los Angeles and New York City you might want to explore.

Some of the less well-known film schools offer quality education and being outside of the big city has its benefits. Film school is only what you make of it. Having a fancy school degree attached to your name will never speak louder than good work. Never. What you need are good mentors, strong collaborators and access to equipment to help you become a good filmmaker.

You have your whole life ahead of you to make your mark in the big city. Master a smaller arena and come to Hollywood with skills, a great portfolio, and confidence in your craft. Or maybe you will discover other production hubs like Atlanta or New Orleans and make your mark there.

Luckily, the Hollywood Reporter and Variety have weighed in on the top schools, so these choices have been vetted by the industry itself.

Let’s take a look at your options for the top film schools in the US — outside LA and NYC:

Located in Middletown, Wesleyan University combines a top-notch liberal arts education with a film education that has a foundation in history and theory. The senior thesis can be a film, screenplay or participation in a senior seminar, which is an in-depth study of an advanced topic under the supervision of a Professor, with close one-on-one advising.

Located in Boston, Emerson College offers two tracks for their film students. Both tracks have a foundation in film history and theory. The production track offers students a comprehensive education, with a focus on a particular facet of production – such as post-production or animation.

The BFA track offers a similarly comprehensive approach but requires students to create an advanced level project within their chosen media specialization.

Emerson College also has a campus in Los Angeles and has a strong alumni network.

Located in Austin, UT offers the best of all worlds. It’s removed from Hollywood, so you can focus on learning and creating, but it also taps into Austin’s robust film scene that includes filmmakers such as Robert Rodriguez and Richard Linklater.

Located in Palo Alto, Stanford University has a reputation as one of the best universities in the country. Stanford offers a liberal arts education entwined with film theory.

It doesn’t, however, have a strong slant toward production, so if you are looking for hands-on experience, Stanford may not be for you. It does, however, have a great reputation for documentary filmmaking.

Located in Chicago, DePaul’s School of Cinematic Arts has a hands-on program focused on cinema and animation. They have state-of-the-art equipment and offer students real-world experiences by partnering with local film and TV productions.

Students are expected to choose a specialty, which includes some more unusual offerings outside the norm, such as Comedy Filmmaking (partnering with Chicago’s famous Second City), Production Design and Showrunner to keep up with recent trends in the industry.

Boston University is another leading academic institution. Its program has a foundation in film history and theory, focusing on the elements of story and visual literacy.

You have two opportunities here; you can choose a BA in Cinema and Media Studies, or you can choose a BS in Film and Television. The latter appears to have more hands-on training, depending on how students build their course schedules.

Yearly Tuition: $43,040
Acceptance Rate: 78.1%
Notable Alumni: Many alumni go on to work for Pixar, Disney, and other animation leaders
Programs: undergraduate and graduate

Located in Sarasota, Ringling College of Art and Design also offers a hands-on approach. Students engage in all aspects of production from writing to post-production, by working on each other’s projects.

FSU, located in Tallahassee, ranks in the top 20. It has a very small teacher-to-student ratio and has not only a hands-on curriculum, but they boast that 97% of their alumni are working in the industry within a year. Another huge bonus is that all student productions are fully funded.

The Savannah College of Art and Design has a great reputation in the animation world, however, it has a robust film program as well. It offers an immersive program and they also have a campus in Atlanta, one of the biggest production hubs in the country. You don’t have to be in Hollywood to be near the action!

Located in Providence, the Rhodes Island School of Design calls its program FAV – Film/Animation/Video. The program focuses on visual storytelling, and the first year has a foundation in drawing and art history. By their junior year, students are telling their own visual stories, utilizing either live-action or animation tools.

Columbia College, located in Chicago, offers a BA in filmmaking. In this program you are hands-on from day one, collaborating on productions with your cohorts, while also taking classes on analysis and process.

Your senior year you begin to establish your industry relationships and walk away with a strong portfolio and tools to start your career. They also have an internship program and offer a semester in Los Angeles.

As a state school, SFSU offers a liberal arts education integrated with a film program that has a strong base in film history and theory. SFSU puts a strong emphasis on critical thinking and social justice.

Syracuse University prides itself on supporting “Indie Film.” They encourage filmmakers to focus on aesthetics and expression, rather than commercialism. Their hands-on approach is rooted in film history and theory. They, too, offer a semester in Los Angeles.

The University of Wisconsin in Milwaukee offers a collaborative model designed to give students practical experience in all aspects of film production, integrated with a liberal arts education.

Located in Boulder, the UOC Cinema Studies program has a foundation in film history and theory. They offer a number of production classes and have the latest post-production software as well as 16mm, 35mm and Red Cameras for hands-on learning.

University of North Carolina School of The Arts

Yearly Tuition: In-state $9,139, out of state $24,609
Acceptance Rate: 54.4%
Notable Alumni: Alumni have gone on to work on big films like Pineapple Express and Despicable Me. Zoe White, Director of Photography for the Handmaid’s Tale
Programs: undergraduate and graduate

The University of North Carolina has a solid hands-on program that will have you writing and directing in your first semester. Students start their training collaborating with cohorts and working with state-of-the-art equipment, integrated with a liberal arts education.

Find the program that works for you. Look at the curriculum. Some curricula are based in drawing versus writing. That would never work for me, but it might be perfect for you. Is social justice your thing or are you interested in branded content? Do you prefer narrative or documentary? Live-action or animation? There is something for everyone. Take the time to explore!